Head of research at Datadome

I recently discovered there is a whole industry around reselling limited edition sneakers. Websites, such as stockX, are totally dedicated to help people sell such items. According to prices on StockX, it can be a good investment since some of them can be resold for more than 10x their original retail price. The possibility to earn some “easy” money has made it competitive to get these limited-edition sneakers at retail price. Thus, some people have started to use bots. In reaction, popular websites such as Footlocker, Adidas and Nike started to use anti-bot detection systems in order to sell their sneakers only to humans.

A common point between all of these bots is that they claim to be able to handle bot detection systems. That’s the part I’m the most interested in for this blog post. Concerning bot detection, most of these bots seem to integrate automatic CAPTCHA solvers using crowdsourcing services such as 2Captcha. Nevertheless, that’s probably not the only technique they use to escape detection.

I tried to discover what technology these bots were based on, but because of access to the code, it was difficult. Some bots are running as browser extensions. Others seem to be able to run in multiple modes. In one of the videos found on Youtube, the developer of a popular bot presents several modes. While some of the modes had no effect visually, the last one, which according to him maximized the chance of getting sneakers, clearly launched an automated non-headless Chrome browser. It makes sense that using non-headless automated browsers decrease the chance of being detected because such bots have the same fingerprints as normal browsers, besides simple attributes such as navigator.webdriver. Concerning the two modes that had no visual effects, they could be either based on headless browsers such as Chrome headless or PhantomJS, as well as HTTP request libraries such as urllib. My intuition would be that modern bots are based on Chrome headless due to the simplicity and its similarity with normal Chrome browsers, making it, therefore, more difficult to detect compared to an unmaintained headless browser such as PhantomJS. Nevertheless, job offers on the AIOBOT website mention older technologies such as PhantomJS, Casper and SlimerJS, but never mention Chrome headless and Puppeteer.

Then, I decided to look at the detection techniques used by popular websites selling limited-edition sneakers. I looked at some of the websites supported by AIOBOT and found that most of them use some sort of anti-bot fingerprinting scripts:

Most of these websites also propose to pay using Paypal, which also has it’s own fingerprinting script, as shown by the beautify canvas they generate: 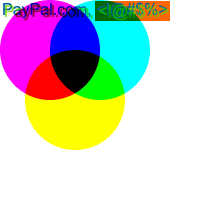 I looked at some of the bot detection scripts to understand if they were doing special things. In this post, I focus on one of these scripts To stay away from intellectual property issues, I’ve decided not to provide more information on the websites where you can find the script and I don’t provide any link to the original script.

The script seems to have been obfuscated using obfuscator.io, an open-source JavaScript obfuscator using the “String array” option but no array rotation or control flow flattening, making it easier to deobfuscate.

You can identify this kind of obfuscation by looking for a huge array containing strings the have been escaped. In this case, there is the following array (I renamed all the variables in my examples):

While this looks frightening at first, executing this line in a browser directly returns the unescaped version of the strings.

The whole detection script contains a lot of references to this array. For example, one of the function called set_cookie has the following form:

I use the amazing < a href=”https://github.com/jsoverson/shift-refactor”>shift-refactor library</a> to automatically replace all the references to longArray by their non-encoded string value. Thus, in the case of the set_cookie function, we obtain the following, more readable function:

Using refactor.convertComputedToStatic, we can make it even more readable:

Similarly, we can apply the same technique to the whole script to obtain a more readable script.

Once manually cleaned the canvas looks like the following:

When run on Chrome on MacOS we obtain:

A second canvas consists of writing a randomly generated number to a 16x16 px canvas.

In my case, I was lucky to obtain number 79:

The script collects a hash of each canvas.

The script also uses JS-based font enumeration to infer the presence of fonts without using the Flash plugin.

Similarly to most of the fingerprinting scripts used in bot detection, the script test the presence of object properties and variables commonly added by frameworks and software used to create bots.

It tests the presence of several webdriver attributes:

The script runs other fingerprinting techniques, such as monitoring the acceleration and rotation of mobile devices, as well as a red pill. Nevertheless, I won’t go into more details in this blog post.

Besides fingerprinting, the script also collects information about the user’s behavior. In particular, it collects a wide range of mouse and keyboard related events.

Nevertheless, it must be quite difficult to use behavior as a feature to distinguish humans and bots in this kind of context because even humans seem to behave like bots and keep on clicking to refresh pages until new sneakers finally appear.

Head of research at Datadome.